Always eating to survive, porpoises are among the best hunters in the sea, new study shows.

Harbour porpoises have sometimes been described as “living in the fast lane.” Being smaller than other cetaceans and living in cold northern waters means that the porpoises require a lot of energy to survive, making them prone to starvation. Now researchers reporting in the Cell Press journal Current Biology on May 26 have monitored harbour porpoises in the wild with tiny computers attached to them by suction cups show that the animals hunt and eat almost constantly.

The findings by researchers in Denmark, Germany, and Scotland suggest that even a moderate level of disturbance in the busy shallow waters that they share with humans—anything that might limit their ability to feed—could put the animals in serious jeopardy. 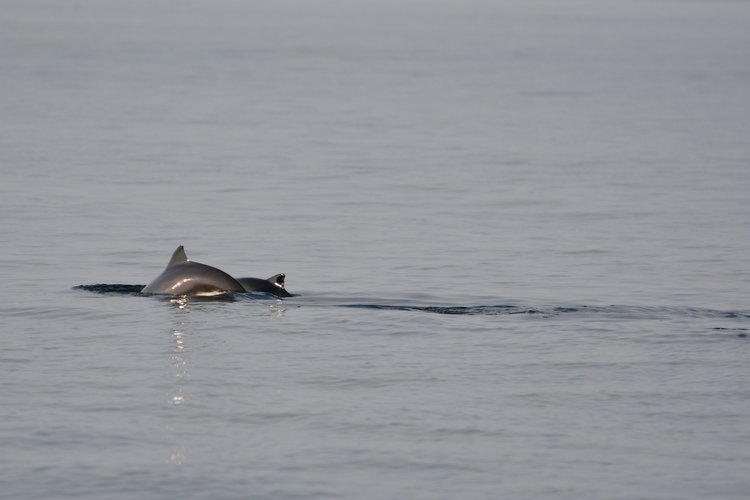 Being small, the porpoises are among the fastest predators in the sea

“Our results show that porpoises hunt small fish, typically less than five centimeters, nearly continuously day and night at ultra-high rates, attempting to capture up to 550 fish per hour, and frequently more than ten per minute with a remarkable success rate of more than 90 percent,” says Danuta Wisniewska of Aarhus University in Denmark. “The tiny fish targeted by porpoises are not of interest in commercial fisheries; however, relying on such small prey makes porpoises especially vulnerable to disturbances, because there is no room for compensation.”

To study the animals’ foraging behavior, the researchers attached miniature computers developed at University of St. Andrews to five wild porpoises. The computers recorded the porpoises’ echolocation calls and the echoes that came back as those calls bounced off of nearby prey. By analyzing the sound, the researchers were able to determine how often porpoises attempted to catch fish. They could also estimate the size of those fish and whether the fish managed to escape.

“This is the first time we have been able to measure simultaneously how a marine mammal hunts and how often it is successful,” Wisniewska says. “The trick here was to tap into the echolocation sounds that porpoises use to sense their environment. Porpoises make hundreds of clicks a second as they approach prey, and the echoes coming back give us incredible details about what the prey is doing.” 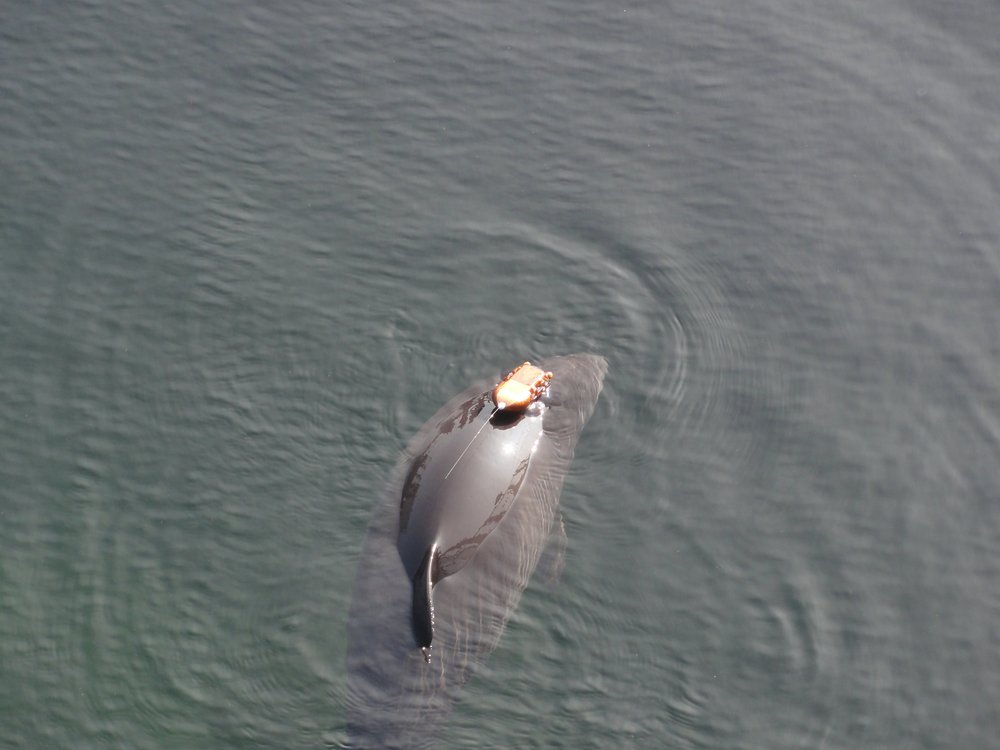 The porpoises were equipped with tiny computers attached by suction cups

The data showed that the porpoises hunt around the clock. They are also incredibly successful in landing their prey.

“We were surprised by the efficiency with which these small predators feed,” Wisniewska says. “A success rate of over 90 percent, translating into as many as 3,000 fish caught per day, means that porpoises are amongst the most successful known hunters.”

The study also shows that harbour porpoises live on an energetic “knife edge,” the researchers say. To meet their energy demands, they must eat all of the time, with little room for error.

The team will continue to explore different foraging tactics of the harbour porpoises, including foraging in different parts of the water column. They’ll also investigate whether and how noise from ship traffic or other human activities affects the porpoises’ foraging rates.

This study was partly funded by the Federal Agency for Nature Conservation. Additional support received by the Danish National Research Foundation, the Carlsberg, the Marine Alliance for Science and Technology Scotland, and a Marie Curie-Sklodowska award.

Current Biology (@CurrentBiology), published by Cell Press, is a bimonthly journal that features papers across all areas of biology. Current Biology strives to foster communication across fields of biology, both by publishing important findings of general interest and through highly accessible front matter for non-specialists. Visit: www.cell.com/current-biology. To receive Cell Press media alerts, contact